Because of the Santa Clara County Sheriff’s Department’s refusal to investigate Joshua’s death professionally KW Klaver and his wife Bobbi Klaver are the only ones who know exactly what happened the night he died and nobody asked them any questions, Not One !! Until 2015 and Bobbi’s memory slipped away –  ( New Investigation )

But lets step into the past first and in my mind the San Jose Mercury News podcast placed it all in a very clear view that not only our fears but Child Protective Services feared the same>.  >(Podcast – Joshua’s social worker Ms Merek ). She learned of Josh’s death from her boss, Henry Collada, head of the county’s Family Court Services, who died years ago. He told her a detail few people knew — that when Josh died, his knees were bruised and scraped. She said Collada told her he feared Josh had been dragged, and both he and Merek quietly believed Klaver had something to do with it but they said nothing because they feared him and his co-workers.   For more than a year, however, “we didn’t tell anybody because I was afraid of that guy; so was Collada,” she said. “Come on, who are we? Hank Collada and I were just two people talking about what we really thought. What could we do?”

Court appointed Mediator – Margaret Simpson –   She stepped up for Joshua and the Judges ignored her findings multiple times.  Margaret was our first Court Mediator, She was a short women and I feel that helped Joshua connect to her, he liked her, he trusted her, she made him laugh and she stood before the Court to protect Joshua and placed her very serious investigation before a Judge who ended up being more willing to protect two Cops after their attorney complained then left Joshua unprotected for almost two years before Trial – –  this time was not kind to Joshua,

Court Appointed Mediator –  Lori Williams –  She aided Judge Fogel in fast tracking Joshua back into the Klaver’s home after his CAPI stay.  This is the time when Judge Fogel claims in the podcast that child abuse files were withheld from him

Santa Clara County, California Child Protective Services 1984- 1985-85 .. The cps worker testified at our trial about the abuse. .  When Joshua died where were they ?  !!

Sheriff Laurie Smith (UnderSheriff Smith- Nov 1990) Sheriff Smith was Assistant Sheriff in 1990 when Joshua’s death was pushed out for review, She was in charge of the Sheriff’s Departments interactions with us in 1990

UnderSheriff John Hirokawa –  He learned about Joshua at the meeting we had with Sheriff Smith and Joyce Blair of the Attorney Generals Office in 2008 –   He was our first contact when we called with new information in 2014, it was after hours and he rushed back to the office to call us back and the kindness he offered me on behave of Sheriff Laurie Smith and himself offended me, I didn’t want to hear it.   I feel I wronged him but not Sheriff Smith when I harshly pushed his kindness back in his face on the phone call that day, he did not walk on our path in the past but my mind set was I wanted the Sheriff’s Office to do their damn job and keep any form of kindness away from me,   I was dealing with the same Sheriff Office with Sheriff Laurie Smith in charge. . .With someone like her in charge it makes the rest of her crew take responsibility for her mis-management and the history she has willingly taken on with Winter and Gillingham.

Sergeant Jerry Egge –  He gave a statement to the press when Joshua died without talking with me and he gave us the Sheriff’s Department refusal to investigate soon there after, he ended the very short conversation by telling my husband the Sheriff’s Office had real crimes to solve as he leaned way back in his office chair.  ( Press article in News section )

Sergeant Cary Colla –  He also gave a statement to the press when Joshua died,  he said their investigation is concerned with the reason why.  There was no investigation into Joshua’s death and it shows in the information both of these Santa Clara County Deputies gave the public.  ( press article is in Our Judges section )  the link is set to private at this time

Deputy Joe Fortino –  One of the deputies to respond to the 911 call the night Josh died, was coffee break buddies with K.W. Klaver, who had told him about the custody dispute. Klaver said the boy’s mother had accused him of abusing Josh but that her claims were “a bunch of B.S.” ( Mercury News)

Deputy Luis Mitre –   One of the first sheriff’s deputies to arrive at the Klaver barn the night of Josh’s death. According to Fortino, Mitre was in charge of filing the report.

Captain Zacharisen #1735 -First Investigator – 2014 – Our first investigator in 2014 –  I was a bitch to Frank – Sorry Frank,  I understand the thumb print on your neck.
Office of the Sheriff
Job title listed on Sheriff Dept webpage at the start of the investigation
Urban Area Security Initiative Capt

Sgt Morrissey and Detective Harper –  These are the two new Investigators that were placed on the case in June 2015, 14 months after the investigation was 1st opened, 14 months of Sheriff Smith and her direct reports sitting on the information and after Sheriff Smith lied to the DA’s Office telling them that Bobbi Klaver had been questioned and the case was closed when in fact she had not had her statement taken

Sgt Morrissey is the President of the Sheriff’s Association who lead Deputies in a vote of NO Confidence against Sheriff Laurie Smith in her bid for reelection in 2014 – Sheriff Laurie Smith played Politics with the investigation into Joshua’s death from the beginning by sitting on information and waiting until days before the Election in June to pull Joshua’s autopsy report from the Medical Examiner even after telling me for months that they were going over all documents on Joshua, it was a possible murder investigation and they hadn’t pulled his death records for 3 months and Sheriff Smith continued to play politics by placing this Deputy on the case more than a year after it opened. . I was told her reasoning was so he would be the last investigator touching the investigation and would be holding my wrath in his hands when the investigation ended in a puddle of bullshit.   .  By the time this Deputy was placed on our case it was already too late to get Bobbi Klaver’s true statement so there is nothing he could have done to fix the damage and I do not hold him accountable for what happened before him.    .    .  .It’s taken me a long time with the help of a person I have never met face to face before where I could find my way in the world I am dealing with without hating each deputy that has passed by me out here in the world –  but no trust

Santa Clara Office of the Independent Police Auditor ~ I was told they wished they could help me but their Board only deals with San Jose Police Department complaints, There is ’No’ Community Sheriff Department Independent Auditor Watch Board in place for the People of Santa Clara County

Multiple Presidents –  In Office and Retired 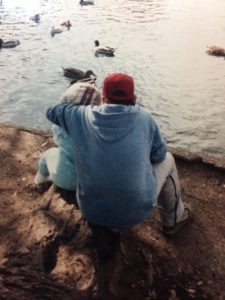