Sheriff Laurie Smith and past Sheriff’s of Santa Clara County

Robert Winter became our 26th Sheriff on December 1, 1978 and retired from office on August 1, 1989, after the Board of Supervisors wrestled away control of the County jails.

Joshua’s father shared with someone very close to him at the time that he had a professional relationship with Sheriff Winter from his local business of butchering livestock and wildgame on a person’s private property in Gilroy, CA area. I was also told over time they became hunting buddies and Sheriff Winter helped KW to gain employment with the Sheriff’s department after he graduated from the training academy. It was explained to me as a close father-son relationship, a man KW had a high level of respect for.

Since the San Jose Mercury News Podcast we now know that Sheriff Winter and KW did have a friendship that spanned beyond the time we spent trying to stop the abuse in the family court system, The refusal to charge him with child abuse in 1984 and 1985.  .Refused to investigate Joshua’s death in 1989.   Sheriff Gillingham and Smith had to of spoken with him when the child death review board in 1990 came asking questions. The Sheriff Office had nothing to turn over to the board.   I guess this is what friends in high places are willing to offer each other.    I think this is when the possible cover-up of information Sheriff Smith spoke of on the podcast started. 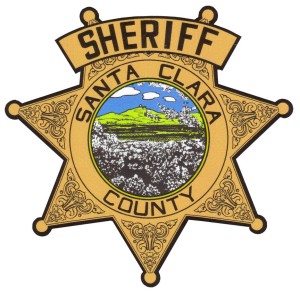 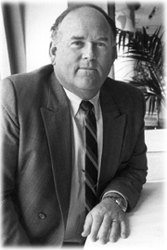 Charles Gillingham was the 27th Sheriff to hold office in the history of Santa Clara County. Appointed to the Office of Sheriff by the Board of Supervisors on August 30, 1989, he soon gained the endorsement of the voters by winning the election to the office in November of 1990. Sheriff Gillingham was re-elected by the voters to a second four year term in June of 1994.

Sheriff Gillingham became Sheriff 7 months after Joshua’s death, he was re elected to the office in November 1990, the same month the Sheriff Department called me, they told me they were reopening the case, Sheriff Gillingham and at the time Under Sheriff Laurie Smith sent Homicide Deputies to my home and shared information with me about the night Joshua died that I did not know,  I was interviewed about the years of abuse, our complaints about The Sheriff’s Department’s misconduct over the years, the refusal’s to investigate Joshua’s death. After gathering all the information Sheriff Gillingham and UnderSheriff Laurie Smith without explanation stopped the Homicide deputies from communicating with me in 1990-1991. 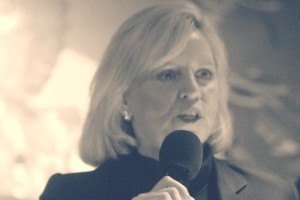 Mission Statement:
The Santa Clara County Sheriff’s Office is dedicated to the preservation of public safety by providing innovative and progressive service in partnership with the community.

Laurie Smith was elected to be the Sheriff of Santa Clara County, California in January of 1999 after serving 9 years as Assistant Sheriff of Santa Clara County under the watchful eye of Sheriff Gillingham.  She was placed in this job months before Sheriff Gillingham had put her in charge of the child death review board request for information on Joshua’s death, She sent Homicide Deputies to my home and shared information with me about the night Joshua died that I did not know,  I was interviewed about the years of abuse, our complaints about The Sheriff’s Department’s misconduct over the years, the refusal’s to investigate Joshua’s death,  after gathering all the information Sheriff Gillingham and Assistant Sheriff Smith without explanation stopped any further investigation and the Department stopped communicating with me.. At the very least they could have arrested KW for child abuse at the time but the choice was to do a nothing scramble and rudely shut us out,

In 2007 after banging on the Attorney Generals Office to investigate the Sheriff Department after finding the Klaver Trilogy, the AG’s Office forced Sheriff Laurie Smith to meet with me to address my complaints against the Department. In this meeting Sheriff Smith told me that it was the Child Death Review Board that pushed my son’s death out for review in November of 1990. She told us she sent crime scene and homicide Deputies out to the barn where Joshua died by Hanging for the 1st time 22 months after his death. She knew that Joshua’s father Deputy KW Klaver was his abuser, and still she relied on his description of the scene the night Joshua died, they took photos and measurements and placed all the information gathered into a report and turned it over to the Child Death Review Board as information they had from the time of death. As she told us about the  CDRT she went from sitting to standing to sitting and standing again and when she was done getting up and down so many times she stood pastured to the side door of her office and said in a nervous laugh. .better that it happened late then never happening at all, right. . .Sheriff Smith was nervous speaking to us just like I knew she would be. . .up and down . .pacing back and forth in the small room , blaming everything on that SouthBay Boys Club  . .Sheriff Office where KW lived that she has been trying to rein them in for Years !!  I kept looking at Joyce Blair from the Attorney Generals Office like are you seeing this. . And after I asked her about her view. . Nothing. . .but I swear I enjoyed every minute of that dance .

The History of the Thin Blue line –

The concept of the thin blue line is said to trace back to 1966 when it was put forth in a documentary exploring the cultural brotherhood of policing. It’s come under attack innumerable times since then, first during the time of tumultuous civil unrest when the emblem and concept were born in the 1960s.

It was a time when police were called “pigs” and “police brutality” was an accepted circumstance. This feeling carried forward into the 1970s.

Fast forward to the millennium. Officers have recently been charged with taking the concept of the thin blue line brotherhood too far, extending “professional courtesies” to other law enforcement brothers, particularly for minor offenses.

The charge is that the emblem on the bumper of a personal vehicle effectively says, “I’m one of you. Look the other way.” Such theories have led some to criticize – and to misunderstand – what the solidarity of the thin blue line really means.

For some civilians, the thin blue line emblem simply connotes a show of support for police, acknowledging the role they play in society. To others, it represents the solidarity and brotherhood that police officers share as fellow professionals.

Standing Together for the Good of All

Police, like any other profession, have an understanding among each other for what they do and what they go through on a daily basis. If anything, the thin blue line demonstrates support for each another in a tough job. It’s not an excuse to violate the high ethical standards that officers are held to, but rather an encouragement to stand on that line together in service of others.  .   .

And when it came to Joshua that thin blue line of self respect for the job in service of others was crossed so many times before his death by the Sheriff’s Department,  the Family Court System and Child Protective Services.   And then the Sheriff’s Department that claims to serve the public proud of that  blue line stomped all over his death scene on the property, no photos, no collecting of evidence , The Sheriff’s Department did have the rope Joshua was hung by for a short time but sometime between their arrival on the Klaver’s property and when Joshua’s body was taken to the medical examiners office the rope did not go with him,  It ended up in the trunk of a Santa Clara County Sheriff’s patrol vehicle that pulled onto the Klaver’s property the morning after Joshua’s death ,  Here I am once again tossing around the idea of what I can and can not say since the Witness made the decision to withhold information in the investigation interview so all I can say is the rope did not stay in the trunk of that damn patrol car and it never made it to the medical examiner office for Joshua’ autopsy.  Also it’s not as if this Sheriff’s Department did not know of the abuse for years before Joshua’s death and they still just turned the lights on long enough to remove his body from the property then the countryside of the SouthBay around their home went dark again. No Patrol cars from deputies working the scene , asking questions, calling in the investigator from the medical exiamers office,  feeling a need to speak with me. . All of this is something they choose not to do even when demanded so the world around his death just went dark until 1990 – Child Death Review Board and the Sheriff’s Office had nothing to turn over to them so Assistant Sheriff Laurie Smith sent Deputies to invade our home, our heartache by lying to us in search of information to fill out the CDRT Report that was due and then they harshly shut us down in a few rounds of phones calls and went away never to hear from them again until I found the Klaver Trilogy in 2007,  The first few paragraphs are all about what was happening behind the scenes as the Sheriff Office shut us out and shut us down.

I now keep a few blue line bracelets on photos of Joshua,  It’s a line that was crossed so many times to protect one of their own 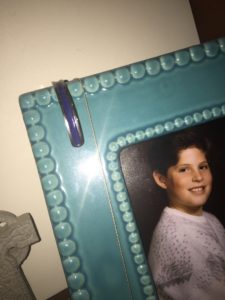